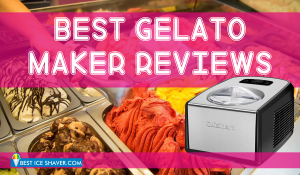 In this hot summer season all you crave is a dip into pool of Gelato, Ice Creams and Slushes. But, we know you are scared from bulk of preservatives and sugar used in it by the manufacturers. What if I say you can eat world’s Best Gelato without the fear of any preservative or sugar? Nothing is best and safe than a Homemade Gelato. Keeping your love for Gelato intact and making your work … END_OF_DOCUMENT_TOKEN_TO_BE_REPLACED 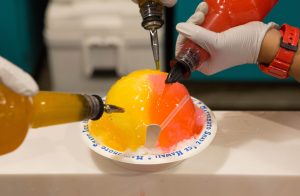 Are you also fond of eating snow cone and shave ice during the hot summer’s time? Have you ever wondered that from where they came and how they are made? What if I tell you that there are 30+ combinations in which you can have your snow cones and shave ice? This article is especially for those who do not need summers to have their snow cone and shave ice. From snow cone makers to make homemade … END_OF_DOCUMENT_TOKEN_TO_BE_REPLACED 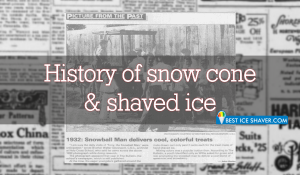 The first recorded snow cones were produced by Samuel Bert of Dallas, TX in 1919 at the State Fair of Texas. He created the first ice-crushing snow cone machine in 1920 and sold both snow cones and snow cone machines until his death in 1984. The first block-style ice shaving machine was patented in 1934 by Ernest Hansen of New Orleans, Louisiana. An immense hit, Hansen's snow cones set … END_OF_DOCUMENT_TOKEN_TO_BE_REPLACED